While some people turn up their noses when broccoli or Brussels sprouts are on the menu, cruciferous vegetables are among the most nutritious foods around. Packed with vitamins, minerals, and unique sulfur-containing phytochemicals, studies have linked compounds in this family of veggies to a wide range of health benefits.

Adding a serving or two of cruciferous vegetables to your dinner plate can help you take advantage of these benefits. And since there are plenty of cruciferous veggies to choose from, it’s likely you’ll find at least one that you’ll enjoy. Sign in to Our Dispensary to Unlock Access to All Our Many Health Protocols. Gain Access Too, To Our Staff  Who Can Assist You In Your Finding the Right Supplements For You! 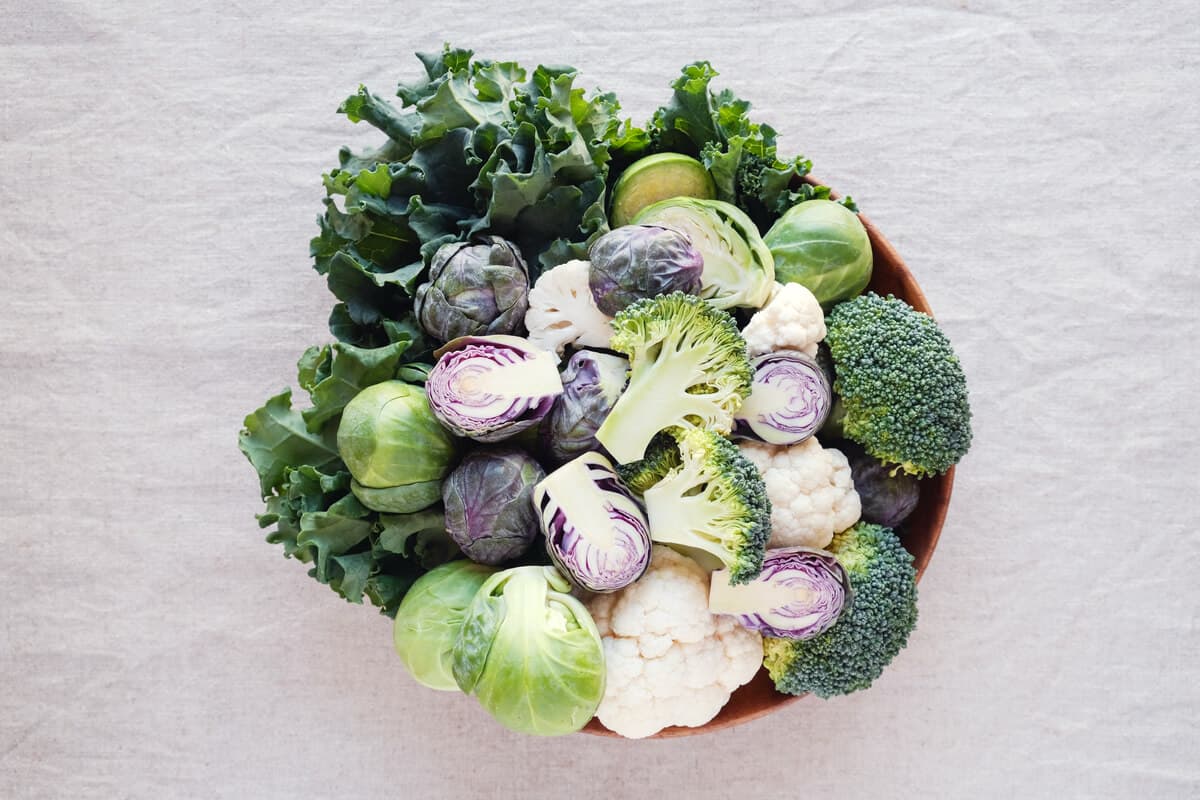 What are cruciferous vegetables?

Cruciferous vegetables belong to the Brassicaceae family and include many different types of vegetables that are eaten around the globe. Some of the most popular include:

Cruciferous vegetables provide many nutrients such as beta-carotene, calcium, copper, folic acid, iron, manganese, phosphorus, selenium, zinc, and vitamins C, E, and K1. They are also a good source of dietary fiber. (25) But what really sets cruciferous vegetables apart from other veggies is that they are a rich source of sulfur-containing compounds called glucosinolates.

(16) Studies report that chopping, cooking, or chewing raw cruciferous veggies transforms these glucosinolates into biologically active metabolites such as indole-3-carbinol and sulforaphane. (28)(5) These secondary metabolites promote overall health and may lower the risk of a number of diseases. (25)(9)

Did you know? Glucosinolates are responsible for the pungent aroma and bitter flavor for which many cruciferous vegetables are known. (9)

The benefits of cruciferous vegetables

A growing number of studies point to a host of health benefits that cruciferous vegetables can provide.

When you think of brain food, broccoli probably isn’t the first thing that comes to mind. But according to some research, cruciferous vegetables may prevent oxidative damage that can contribute to cognitive decline.

A study out of the Jean Mayer USDA Human Nutrition Research Center on Aging at Tufts University discovered that lutein and zeaxanthin, two antioxidant-rich carotenoids found in cruciferous vegetables, can cross the blood-brain barrier and accumulate in the brain.

This may help protect against age-related dementia. (19) In another study that analyzed the diets of 13,388 women, researchers at Brigham and Women’s Hospital found that those eating the most cruciferous vegetables experienced the slowest cognitive decline. (21)

Did you know? Research suggests that the sulforaphane in broccoli may help reduce the behavioral symptoms in children with autism. (6)(24)

Cruciferous vegetables like bok choy, Brussels sprouts, and cauliflower are a great source of dietary fiber. Fiber slows the absorption of glucose (sugar) in the blood and helps prevent blood sugar fluctuations that can lead to insulin resistance and type 2 diabetes.

(32) But fiber isn’t the only component of cruciferous vegetables responsible for its blood sugar balancing benefits. Sulforaphane has also been shown to inhibit the production of glucose in the liver, reducing fasting blood glucose levels in individuals with uncontrolled type 2 diabetes. (2) 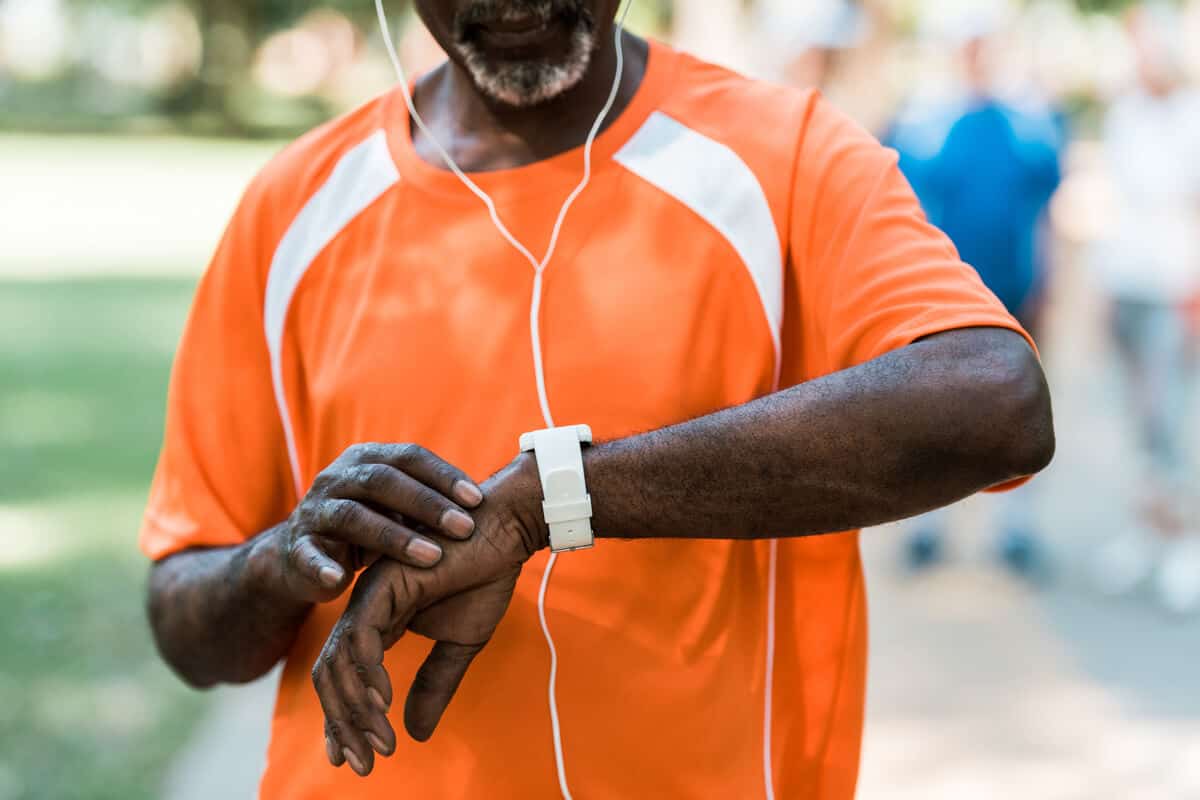 A diet high in cruciferous vegetables, especially when combined with other heart healthy habits, can help enhance your cardiovascular health.

Recent findings in the Journal of the American Heart Association may explain why. The researchers noted that, among older women, a diet rich in cruciferous vegetables helped lower the odds of developing atherosclerosis, a major cause of heart attack and stroke.

The study found that the women eating the most cruciferous vegetables had slightly thinner (0.5 millimeter) carotid artery walls. A mere 0.1 millimeter decrease in wall thickness has been linked to an impressive 10 to 18% decrease in the risk of experiencing a cardiovascular event. Another study of elderly women, this time in the British Journal of Nutrition, reported that a diet high in cruciferous vegetables reduced the buildup of calcium deposits that contribute to the accumulation of artery-clogging plaque, known as abdominal aortic calcification, in the body’s largest artery.

Over the past decade, studies have shown that cruciferous vegetables like broccoli and cabbage improve gut metabolism and the diversity of your microbiota. (23) In one study that appeared in The Journal of Nutritional Biochemistry, researchers found that eating one cup of cooked broccoli and about one-eighth of a cup of fresh daikon radish daily for 18 days improved overall bacterial diversity by 37%.

Although carrots might be the first thing that comes to mind when you think of foods for better vision, research suggests that you might want to take a second look at cruciferous vegetables. Studies show that broccoli, Brussels sprouts, collard greens, kale, mustard greens, Swiss chard, and watercress are all good sources of eye-supportive lutein and zeaxanthin.

(1) Research in the journal Scientific Reports found that the indole-3-carbinol in broccoli and other cruciferous vegetables like Brussels sprouts, cabbage, collards, cauliflower, and kale triggers a key protein known as aryl hydrocarbon receptor proteins (AhR) that can detoxify the retina of the eye. (15) This detoxification helps protect the retina from environmental toxins and sun damage that can, over time, increase the risk of age-related macular degeneration. (13)(10) 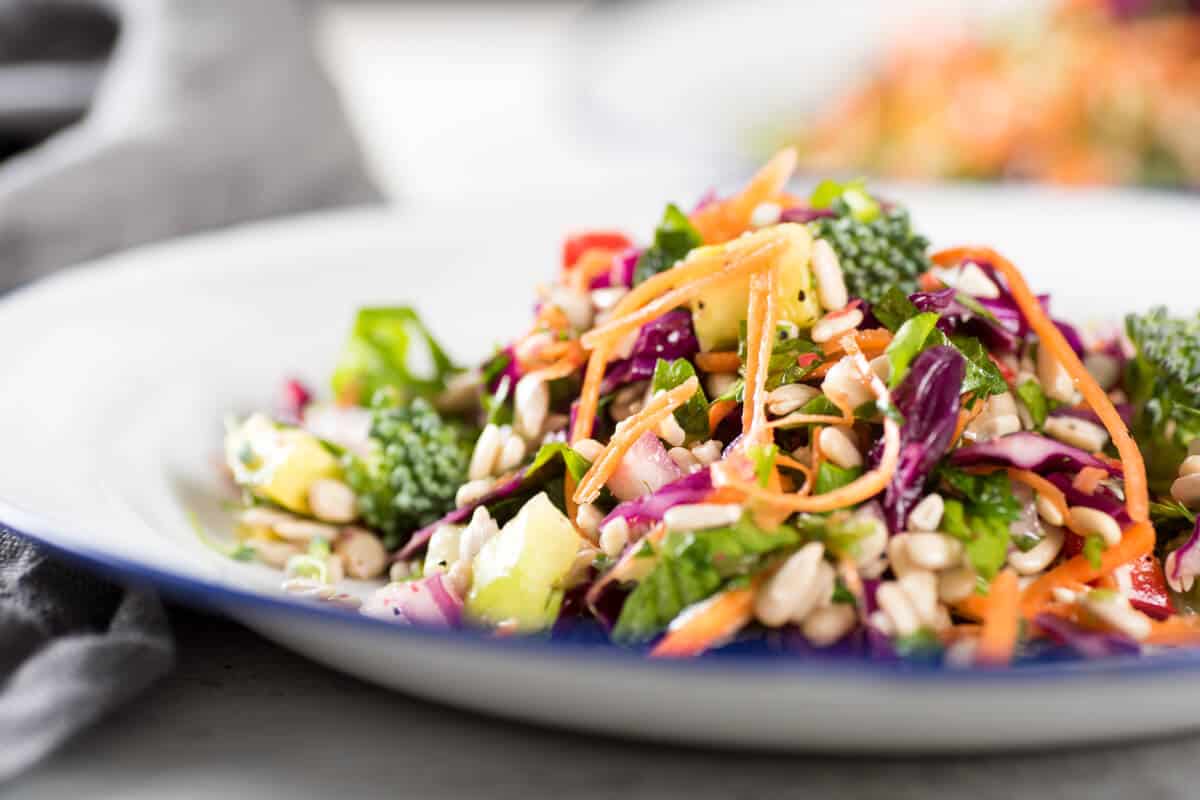 Adding a variety of cruciferous vegetables to a stir-fry or salad can level up the nutrition in your favorite dishes.

How to use cruciferous vegetables

To obtain all of these health benefits, strive to eat at least one serving of cruciferous vegetables every day. If simply boiling a bunch of broccoli, Brussels sprouts, or cauliflower doesn’t appeal, try roasting, sautéing, or stir-frying your favorite cruciferous veggie.

What’s more, some varieties, like broccoli or cauliflower, make a great base for soup. Many cruciferous vegetables can also be eaten raw, including arugula, broccoli, cabbage, cauliflower, kale, and radishes. Toss them into a salad or serve them with a healthful dip for a quick and nutritious snack.

Before loading up your plate, be aware that eating large amounts of cruciferous vegetables can cause gas and bloating thanks to the fiber and glucosinolates they contain. While fiber is great for healthy digestion, eating too much at one sitting can cause that fiber to ferment in the small and large intestine. This can elicit gas, bloating, and even constipation or diarrhea.

There’s also some evidence that consuming large amounts of cruciferous vegetables, especially raw, may interfere with thyroid function because they are a source of goitrogens. (29)(4) Goitrogens are substances that disrupt the production of thyroid hormones by interfering with iodine uptake in the thyroid gland.

Not only can this contribute to hypothyroidism, it can also trigger the pituitary to release thyroid-stimulating hormone, which then promotes the growth of thyroid tissue. (3) If you are at risk of thyroid problems, try cooking your vegetables and increasing the amount of dietary iodine you consume. (3)(27)

Cruciferous vegetables provide a powerhouse of nutrients that may help reduce the risk of a number of health conditions including cardiovascular disease, dementia, IBS, macular degeneration, and type 2 diabetes. Gradually increasing the amount of cruciferous vegetables you eat also provides a low-calorie source of dietary fiber that can support digestive and cardiovascular function while keeping your blood sugar balanced.